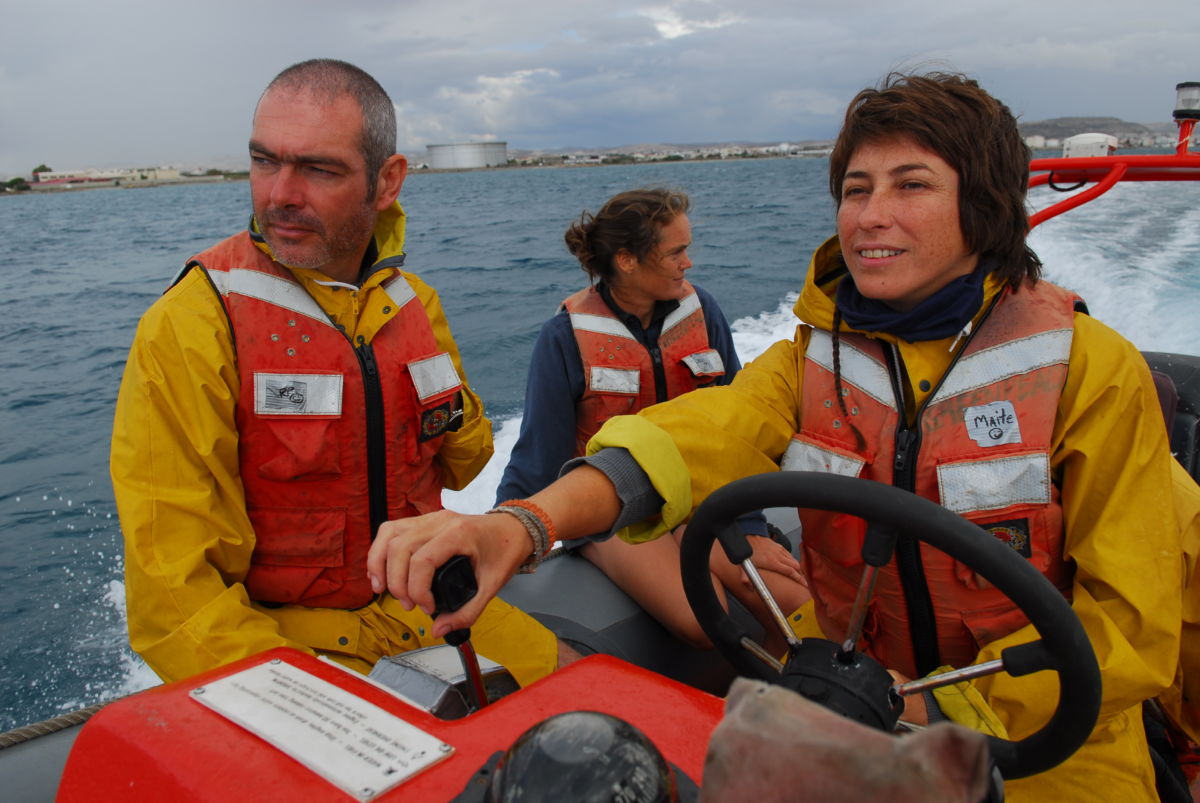 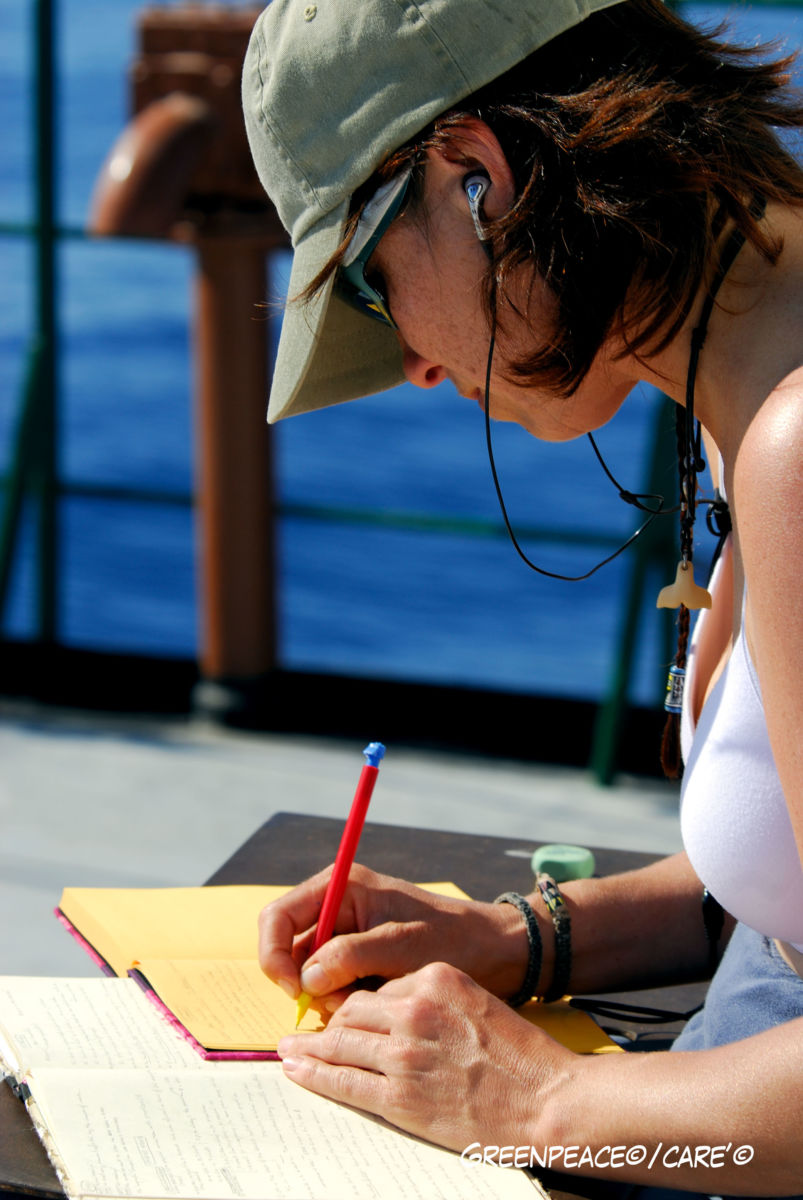 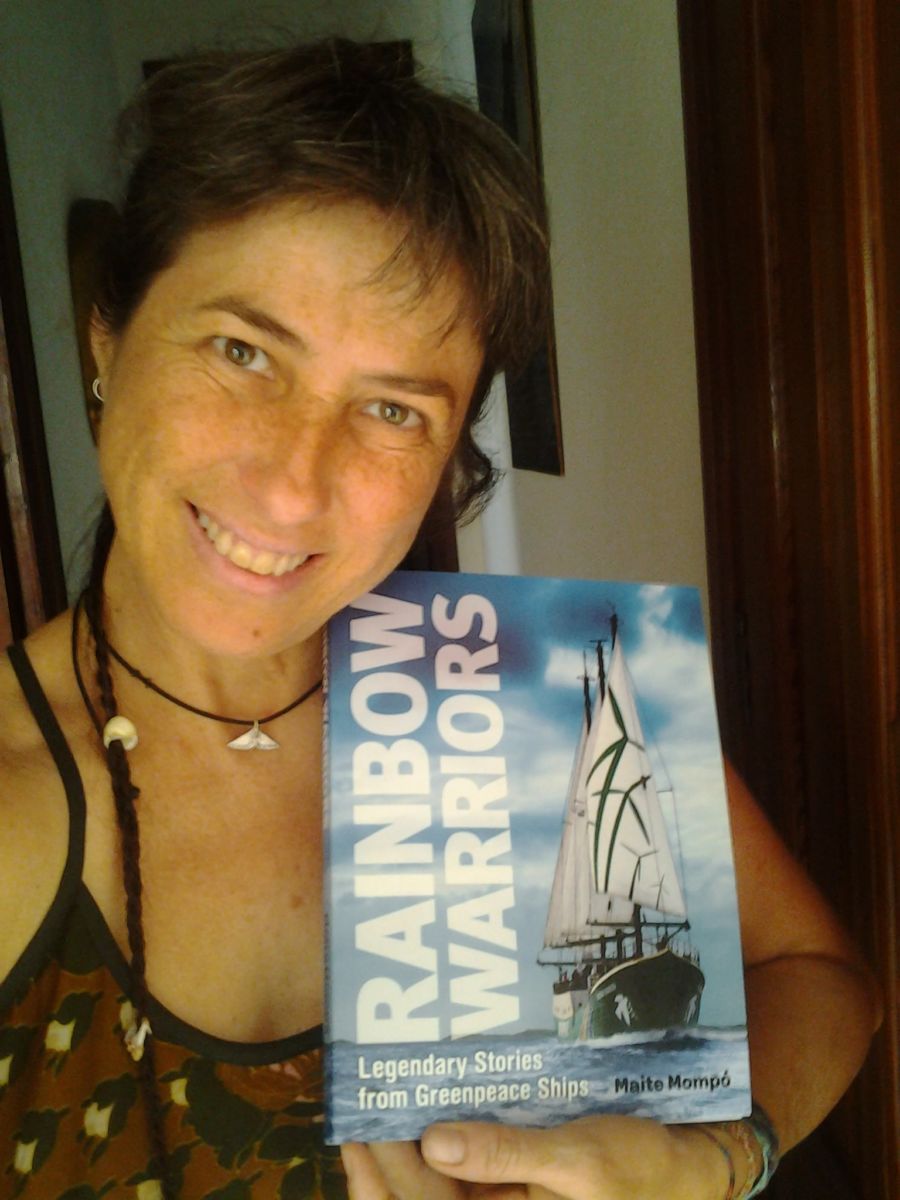 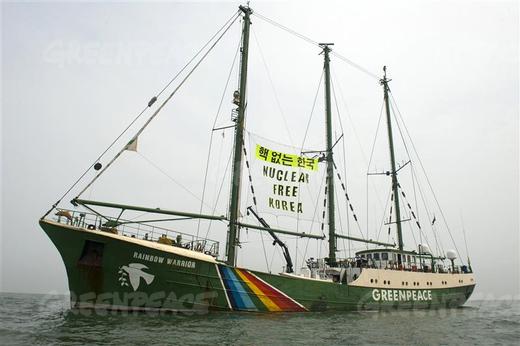 The Rainbow Warrior as she anchors off the shore of Yeongwang, 14 June 2011. Republic of Korea. Crew from Greenpeace flagship joins the Korean Federation of Environmental Movement and Yeongwang residents in unfolding banners calling for safety and eventually the phase out of nuclear energy in Korea. 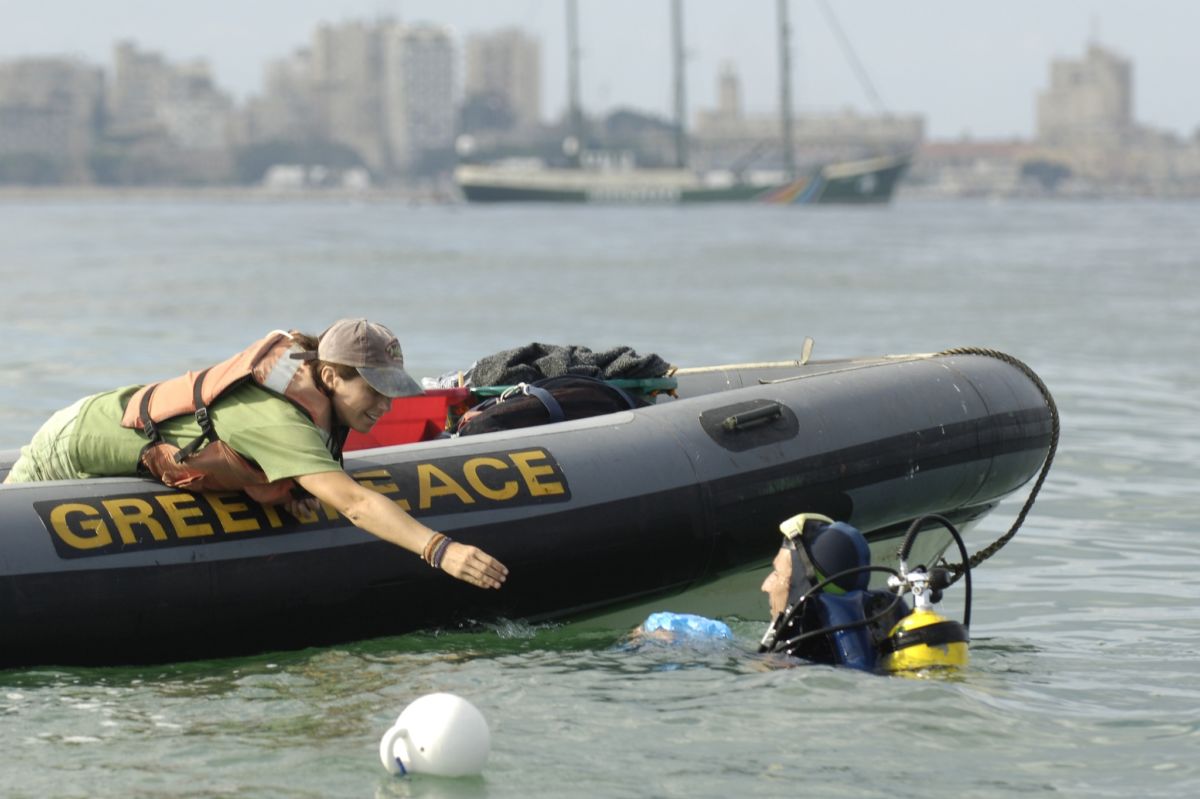 Aftermath of the bombing of local electricity power plant by Israeli navy boats on July 13, 2006 : 15000 tons of heavy fuel have leaked and sunk into the sea.
Rainbow Warrior visible in background. Greenpeace divers taking samples for analyses on sea bed 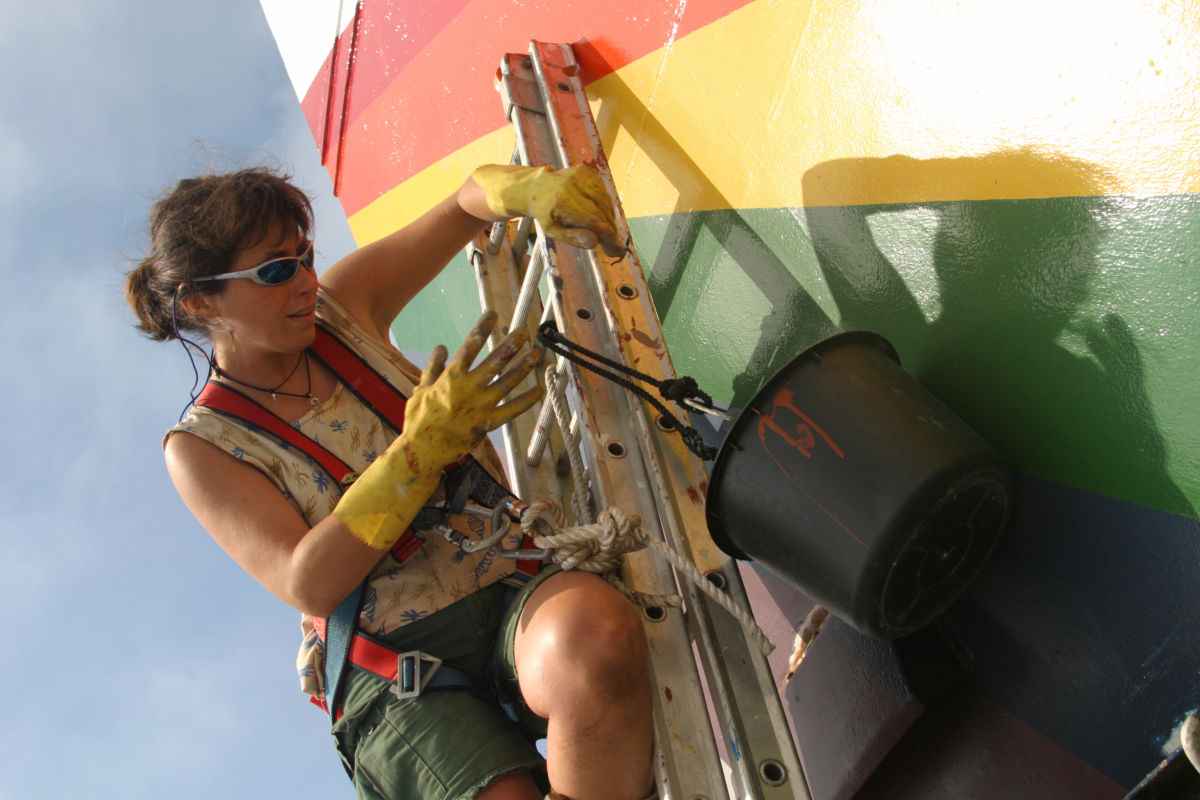